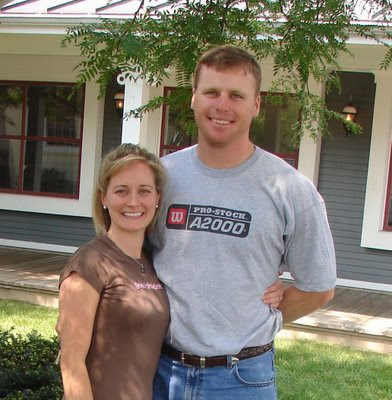 Yesterday I drove to Pittsburgh, PA from Erie, PA, where we're staying, to see my friends Gabe and Kelly Gross. We had a great time...a wonderful opportunity to re-connect and share our lives.

The day was filled with faux-pas or silly, frustrating blunders.

When Kelly went to pick up her ticket at the Will Call booth at the ballpark she was told that they didn't have one for her. They found another random ticket (likely out in the bleachers) for her. Then I asked for mine. Right away the ticket guy pulled the envelope with my ticket in it from the ticket "thingy". The envelope with Kelly's ticket was with it. Good things she saw it, commented on it and was given her ticket. She had ordered both hers and mine so she knew they should be there.

Other than that, we had a rewarding time together. Oh yes, I forgot my camera so here's a photo from my visit to Milwaukee last July.