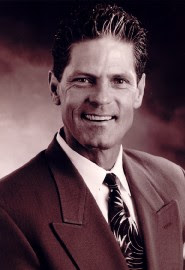 Brett & Eveline Butler have been great personal friends and generous supporters of Epistle Sports Ministries for many years. Brett had a long and successful career in major league baseball with five teams and is currently managing the Mobile BayBears, the AA affiliate of the Arizona Diamondbacks.

On June 15th, Brett celebrated his 50th birthday and Carol and I both had the pleasure of speaking with him and getting caught up.

PLEASE KEEP BRETT & EVELINE IN YOUR PRAYERS. THANK YOU!

For those of you who were not made aware of this the day before last; my mom asked me to e-mail everyone and keep you all updated on my dad's health. Brett was sent to the hospital this past Friday for what they believed to be Vertigo at the time. He was very dizzy; his equilibrium was off; and he was having trouble with his balance. However; once he was at the hospital and they checked him out and ran tests; they found that he had actually suffered from a mild stroke.
Thankfully Eveline was with him; she had flown in from Arizona by way of California and met them at the Mobile; AL hospital. They checked him out and said that the only type of paralysis that he has experienced thus far is in his equilibrium; which does throw off his balance; and makes him nauseas. This paralysis they said can be something that he totally recovers from within the next six months; or it could be something that he has to live with from this point on.

The stroke they believe is something that is hereditary (something from his parents); because he is in very good health and has no other symptoms that would lead him to have a stroke. His blood was clotted which was preventing him from getting enough oxygen flow to his brain; which in turn; caused the stroke. Since then; they have out him on blood thinner and are trying to prevent anymore clotting. He is going to be in the hospital for a few more days; but hopefully Eveline will be able to take him home shortly. He was in pretty bad shape on Friday; but has since then progressed a lot. I think that is definitely from all the prayers! Right now; someone is taking over his managing position until they decide whether or not he is going to be well enough to go back and finish out the season. But; if you know Brett; he's pretty persistent and I wouldn't doubt that that is a possibility! Either way; I will keep you all updated on any further information I receive.

Please just keep him in your prayers; as well as Eveline and the doctors. He's a strong man and when I spoke with him yesterday; he said "Stef; I don't know what's going on but I know that God is going to get us through it. We just have to remember that and trust Him." Ab and Katie and Blake and I are doing okay at the moment. Brett and Eveline appreciate your support and love and we will contact you with any further news. Thanks so much and God Bless!

* I have just been informed that Brett is doing very well and that the doctors are going to be sending him home on Monday. I'll keep you posted otherwise!