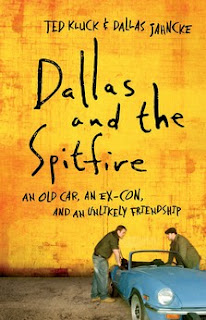 Dallas and the Spitfire:  An Old Car, an Ex-Con, and an Unlikely Friendship

by Dallas Jahncke and Ted Kluck


At first glance one would scratch his/her head and wonder what this book is all about.  After skimming through the introduction we discover that this is an account of a life-changing friendship between two young men with backgrounds that are poles apart.

Ted Kluck, a freelance writer from Lansing, Michigan, befriends a young ex-con and cocaine addict, Dallas Jahncke.  Kluck is a thirty-four year old husband and father with a Reformed theological position who loves boxing and rock music.  After meeting Dallas, who found help at a rescue mission in Lansing, Ted begins to forge a friendship that willl be at the same time challenging, gut-wrenching and rewarding.

This book journals a new style of discipleship, not your typical "12 Steps to Mentoring a Man for Christ" format, but one where two guys decide to get down and dirty and restore an old Triumph Spitfire.  They meet regularly in Ted's garage where the frustrations of rebuilding a British import and a broken man combine to cause the more mature believer to wonder if he's making any headway.

Dallas enrolls in a fundamentalist Bible college and finds that some of his "not-acceptable", old habits put him in hot water.  The freedom he has discovered in Christ and the legalism he encounters  at the college cause him to begin a roller coaster Christian ride...filled with ups and downs.

Throughout the process Ted sees enough progress in Dallas that he continues on in spite of the constant battles with booze, babes and bad decisions.

I found it hard to put the book down and realized that fixing up an old car between sips of coffee and loud music is a form of discipleship that really works.

If the church employed more of this mode of disciple making I'm sure we'd see a greater influx of new believers who begin the lifelong journey of "being conformed to the image of Christ."

An engaging read!  Pick up a copy! 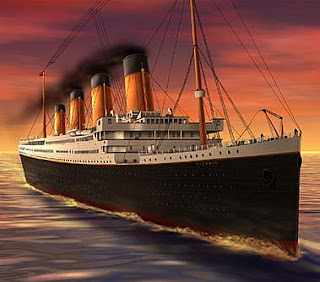 My friend, Greg Asimakoupoulos, has penned another great poem...this time recalling the tragic sinking of the Titanic...100 years ago.

A tragedy of Titanic proportions...

They called her a vessel that God couldn't sink,
a cruise ship that dwarfed all the rest.
A thousand feet tall and 900 feet long.
It was the White Star's very best.

Titanic they named her. A titan at sea.
More than 2,200 set sail
for the trip of a lifetime (in more ways than one).
A maiden voyage destined for Hell.

An iceberg in-waiting tore open her hull,
a tempter the ship didn't see.
Too proud to be cautious, she paid pride's full price
and sank to the depths of the sea.

And so the Titanic provides us the means
to ponder the pride in our lives.
Are we blind to temptations that could take us down?
Do we render such icebergs a guise?

Or do we acknowledge we're likely to sink
unless we draw nearer to God?
Our choice is not destined. We aren't ships of fate.
We can choose to steer clear of sin's fog.
Scribbled & posted by David Warren Fisher at Friday, April 13, 2012 No comments: 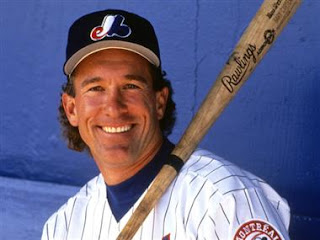 The Kid and Heaven

Reflections on the passing of Gary Carter, Baseball Hall of Fame catcher, who went home to heaven on February 16th, 2012 after a hard-fought battle with brain cancer.  The Kid would have celebrated his 58th birthday on April 8th.


The Kid has caught his final game
His plaque adorns the Hall of Fame
Almighty God has called his name
And welcomed him to heaven.

The Kid had always giv'n his best
And when he'd passed the final test
A loving God said, "Time to rest"
And called him home to heaven.

The Kid had trusted Christ as Lord
And loved to pray and read His Word
Was not content 'til others heard
How they could get to heaven.

His family of course are sad
They miss their husband, grandpa, dad
And brother...but they can be glad
They'll meet again in heaven. 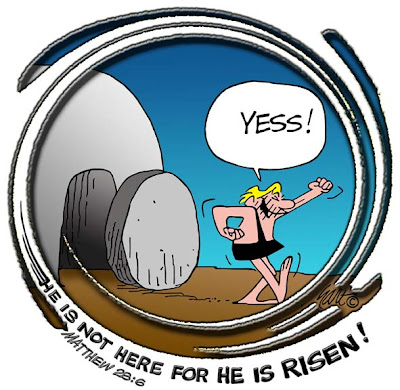 Today I went fishing in my Pilgrim Scribblings archive pool for an Easter post from several years ago.

One of the fondest memories of my years on staff at The Peoples Church in Toronto was the thrill of singing our founder's hymns.

Oswald J. Smith had gone on to heaven before I joined the church but his sermons, books and hymns live on.

On Easter Sunday we would often, if not always, sing his glorious hymn, "He Rose Triumphantly".

Many times I will sit at my piano and play this song, rejoicing in the truth that He is alive for evermore.

Let me share the third stanza and chorus of this majestic hymn of the faith.

"The stone was rolled away,
For Christ was raised that day,And now He lives above
To manifest His love.

He rose triumphantly,
In pow'r and majesty,
The Saviour rose no more to die;
O let us now proclaim
The glory of His name,
And tell to all
He lives today."

Let's tell "our" world that Christ is Risen! He is risen indeed!
Scribbled & posted by David Warren Fisher at Sunday, April 08, 2012 No comments: