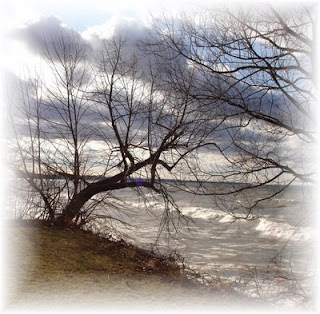 The following headline and subsequent story appeared in today's Daily Mail newpaper in England! What next?

Church of England leaders warned yesterday that calling God 'He' encourages men to beat their wives.
They told churchgoers they must think twice before they refer to God as 'He' or 'Lord' because of the dangers that it will lead to domestic abuse.
In new guidelines for bishops and priests on such abuse, they blamed "uncritical use of masculine imagery" for encouraging men to behave violently towards women.
They also warned that clergy must reconsider the language they use in sermons and check the hymns they sing to remove signs of male oppression.
The recommendation - fully endorsed by Archbishop of Canterbury Dr Rowan Williams - puts a question mark over huge swathes of Christian teaching and practice.
It throws doubt on whether the principal Christian prayer should continue to be known as the Lord's Prayer and begin 'Our Father'.
It means well-loved hymns such as Fight the Good Fight and Onward Christian Soldiers may be headed for the dust bin.
The rules also throw into question the role of the Bible by calling for reinterpretations of stories in which God uses violence.
The guidelines also claim that abuse is common within marriage and says this is because marriage heightens a sense among husbands that they own their wives.
The document prompted an outcry from conservative clergy. They accused the Archbishops' Council, the C of E's cabinet that produced the guidelines, of distorting theology for a 'feminist agenda'. Rod Thomas, a Plymouth vicar and spokesman for the influential evangelical Reform movement, said: "There is a danger that this document has veered too much towards political correctness.
"The Bible says God has both female and male characteristics but it does not feel inhibited about referring to God as male." Simon Calvert of the evangelical Christian Institute think tank, said: "They appear to suggest seriously that we should ditch many centuries of Judaeo-Christian teaching because of some half-baked feminist theory." The guidelines - Responding to Domestic Abuse -say that centuries of Christian teaching have led to "questionable assumptions" about the Bible and moral teaching.
"Domestic abuse is fundamentally an abuse of power, and many conceptions of God derived from the Bible and the Christian tradition have portrayed divine power in unhealthy and potentially oppressive ways,' say the guidelines.
"There are particular problems in the attribution of violent actions and attitudes to God, chiefly but not solely in the Old Testament, which require careful interpretation." The document adds that Biblical violence, 'in combination with uncritical use of masculine imagery, can validate overbearing and ultimately violent patterns of behaviour'.
It quotes a feminist thinker that "If God is male, then the male is God". Calling for the Church to "correct this major imbalance", it says changes must extend to sermons, formal teaching and hymns.
There should, it recommends, be "imagination and sensivity in using potentially problematic language".
"For example, the idea of God as "Lord" may be used in harsh and domineering ways."

To all of that...this pilgrim says, "GARBAGE!"

I've called my Father "HE" since I met His Son Jesus Christ over 55 years ago and I've never beaten my wife yet. I don't expect to either! Male oppression? Ridiculous!

"Our Father, I pray that these church leaders who either have never met You personally or who have some hidden agenda that contradicts everything Your Word declares will be brought to their senses before they lead the Church of England farther down the road to apostasy. I thank You for godly men within the Church of England who still adhere to Your Word and preach Your truth. Give them strength to declare the whole counsel of God and to stand firm on the fundamentals of the faith when everything seems to be crumbling. Thank You for all You are and do. We pray in the strong name of Jesus Christ, Your Son and our Redeemer. AMEN!"
Scribbled & posted by David Warren Fisher at Tuesday, July 10, 2007