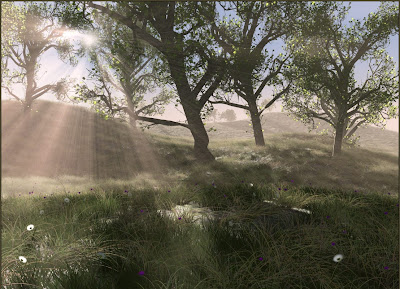 Have you visited our PILGRIM PALS blog recently? We started this site so that bloggers could pray for one another...and for others and God has really poured out His blessing on this effort. If you have any prayer requests or if you would like to become a PILGRIM PAL, please e-mail me, David Fisher, @ dwfisher@nexicom.net

Here's the latest update on a young teenager that we've been praying for. THANKS FOR JOINING US IN PRAYER!

Here's the latest update we have on Aaron Devine, the 14-year-old teenager from Peterborough who was hit by a car while riding his bike.

A friend of mine and local pastor/counselor Don Nicholson writes:

I just got off the phone with Aaron's father at the hospital in Hamilton.

Aaron has been highly medicated and so therefore not in a conscious state. However the doctors are going to slowly wean Aaron off the medication. He has not become worse and the doctors see that as a sure sign of hope. The cranial fracture has not widened.

When he first went in the hospital, Aaron opened his eyes and tried to pull out the tubes, so the doctors medicated him to stabilize his condition.

The big concern of course will be cognitive damage. Let us focus our prayer on that part as well. Let us also focus on the family as a whole.

I will be telephoning the second youngest son, Evan, in a few moments and going out with him . . . he is beside himself, of course.

I told the family that 100's in the city were upholding them in prayer and that was real encouragement to them.

Thank you to all.

Thanks for praying for Aaron and his family, PILGRIM PALS! As you know, God hears and answers prayer!