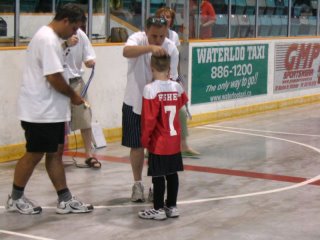 Our son Tim sends along this report on my grandson Josiah's championship ball hockey game:

"This one was close. The first 10 minutes of the game were scoreless and but then they managed a copy of goals and then pretty much held on. Both goalies were sensational. The other team scored with about 4 minutes left, and then pulled their goalie with about 90 seconds to go. It was a pretty exciting end to the game, but they held on to win. 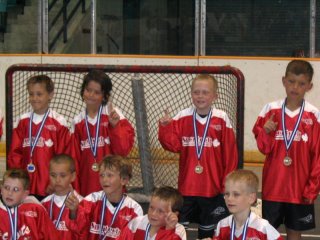 Jo played a good two-way game, mostly at centre – maybe he’s learning a thing or two from his favourite Senator."

So, friends, keep your eyes on this future star...Josiah Fisher or "Jo" if you prefer.

P. S. That's Jo, 2nd from the right in the back row or the guy just inside the net on our right.