One of My Heroes

If you read my profile above you'll know that Elisabeth Elliot is my favorite author. She is also one of my heroes! Here's a brief bio of the widow of Jim Elliot. Her best loved books include Through Gates of Splendor, The Savage my Kinsman and Shadow of the Almighty.

Here's a brief biographical sketch of her life:

My parents were missionaries in Belgium where I was born. When I was a few months old, we came to the U.S. and lived in Germantown, not far from Philadelphia, where my father became an editor of the Sunday School Times. Some of my contemporaries may remember the publication which was used by hundreds of churches for their weekly unified Sunday School teaching materials. 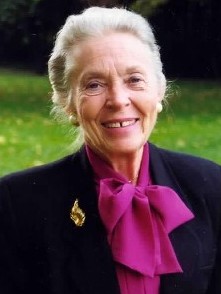 Our family continued to live in Philadelphia and then in New Jersey until I left home to attend Wheaton College. By that time, the family had increased to four brothers and one sister. My studies in classical Greek would one day enable me to work in the area of unwritten languages to develop a form of writing.

A year after I went to Ecuador, Jim Elliot, whom I had met at Wheaton, also entered tribal areas with the Quichua Indians. In nineteen fifty three we were married in the city of Quito and continued our work together. Jim had always hoped to have the opportunity to enter the territory of an unreached tribe. The Aucas were in that category -- a fierce group whom no one had succeeded in meeting without being killed. After the discovery of their whereabouts, Jim and four other missionaries entered Auca territory. After a friendly contact with three of the tribe, they were speared to death.

Our daughter Valerie was 10 months old when Jim was killed. I continued working with the Quichua Indians when, through a remarkable providence, I met two Auca women who lived with me for one year. They were the key to my going in to live with the tribe that had killed the five missionaries. I remained there for two years.

After having worked for two years with the Aucas, I returned to the Quichua work and remained there until 1963 when Valerie and I returned to the U.S. Since then, my life has been one of writing and speaking. It also included, in 1969, a marriage to Addison Leitch, professor of theology at Gordon Conwell Seminary in Massachusetts. He died in 1973. After his death I had two lodgers in my home. One of them married my daughter, the other one, Lars Gren, married me. Since then we have worked together.
Scribbled & posted by David Warren Fisher at Saturday, April 09, 2005