Over the years, when asked where I'm from, I've proudly stated that Peterborough, Ontario is my hometown. Yes, Peterborough is a special place for the Fisher family. Grandma and Grandpa Fisher immigrated from England in 1923 just after dad was born. Grandpa had come to Canada in 1907 but returned to England, married and began a family. Ashburnham, or East City, became "home" for the Fishers and continues to be so for some of us.

My mother, Jean Fisher, still resides in the same home the family built in the mid 40's and Uncle Bill and Aunt Shirley have lived in their home on St. Lukes Street for as long as I can remember. My earliest memories center around our family, my grandparents, aunts,uncles and cousins. Fisher Gauge was founded by Uncle Bill 60 years ago and "the shop" as we fondly called it was right across the road from our grandparent's home on Sophia Street. The entire family lived within a block of grandma's house. I never dreamed that my cousin Howard, who lived next door, would become such a talented and hilarious musician, Washboard Hank.

All of us, including Aunt Eileen, Uncle Bill, UncleFrank and dad attended King George School, a short walk up the hill. Dad and I even had the same kindergarten teacher. Much of our summer vacation was spent at grandpa's "lot", a piece of land on Lansdowne Street West where Holy Cross School now sits. We enjoyed rides in the trailer, pulled by grandpa's Massey Harris Pony tractor. We had picnics, harvested strawberries, went on hikes and learned to drive the tractor. We'd often spend a hot, summer afternoon at the Lion's Pool on Burnham Street but usually we'd cool off in the Trent Canal, only a few steps from our home. That same canal became a great hockey rink every winter. 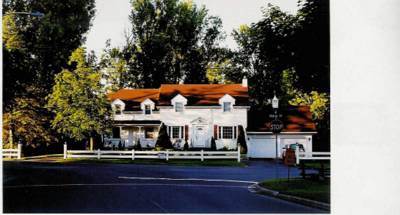 
Our allowance could be quickly spent on goodies at the Liftlock Candy Shop or an ice cream cone at Irwin's Drug Store (now Sullivans). Once a month we'd visit Jackson's Barber Shop until Cliff Jackson retired and Marty Martignetti set up shop. Many a summer evening was spent at East City Bowl watching the Lakefield Charltons play Georgie's Refreshments in a great softball rivalry. Our neighbourhood was the best! The kids did everything together. We had four natural boundaries, the Marble Works to the west, the Trent Canal on the east, the CPR tracks to the north and Little Lake on the south. Within those borders lived our "gang". The Groombridges, the Jackmans, the Stewarts, the Gooleys, the Joneses, the Shannons, the Wawrykows, the Hollings and, of course, the Fishers. Others would move in for awhile but the "gang" lived there forever it seemed.

Once a week mom hosted a Good News Club where kids would come after school to sing, have Bible quizzes and stories and get a homemade cookie. Many former attendees have expressed thanks to mom for the spiritual foundation laid during those formative years. One of those boys, Don Nicholson, who was one of my best friends, went on to become the minister at Edmison Heights Baptist Church. Our church, McDonnel Street Gospel Hall, was located where the police station now stands. In those days we attended church "twice on Sunday and once in the middle of the week". How I wish I could go back to that old church where I learned so many positive Christian values that would shape my life! We'd venture away from East City to attend hockey games in old (and cold) Civic Arena. As a teenager I attended Petes' games at the Memorial Centre on Thursday nights.

My most embarrassing recollection is the night the community honoured Wayne Connelly, one of the finest juniors ever to play here. Many businesses presented him with special gifts of lasting value. This young fan wrapped up a cheap tie from Kresge's and gave it to him. For seven long years I lived in Toronto but in 1994 we returned "home" to the Peterborough area. We live in Cavan but each morning I drive into Peterborough to grandma's house. We lived in the attic of grandma's house for six months after I was born and now, 59 years later, my office is there. Home again!

Yes, I have many fond memories of Peterborough, a very Special Place!

Note: This story was entered in a writing contest sponsored by our local paper, The Peterborough Examiner. It did not win first prize but it was published at least. - David W. Fisher