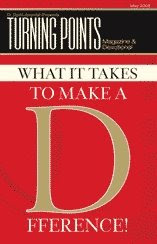 I, too, praise God for a godly mother who led me to Christ when I was only 6 years old. She has continued to faithfully serve the Lord all these years and I'll be eternally grateful for her life and godly example. - David, the Pilgrim

George Washington said, "My mother was the most beautiful woman I ever saw. All I am I owe to my mother. I attribute all my success in life to the moral, intellectual, and physical education I received from her."

Andrew Jackson said of his mother: "There never was a woman like her. She was gentle as a dove and brave as a lioness. The memory of my mother and her teachings were, after all, the only capital I had to start life with; and on that capital I have made my way."

Woodrow Wilson, in a letter to a minister friend, wrote of his mother, "She was one of the most remarkable persons I have ever known . . . . I seem to feel still the touch of her hand, and the sweet steadying influence of her wonderful character. I thank God to have had such a mother."

It's said, "The hand that rocks the cradle rules the world." Not every child will grow up to become President of the United States; but every child is blessed who can say, "I thank God to have had such a mother."

"I remember my mother's prayers, and they have always followed me. They have clung to me all my life." - Abraham Lincoln

Scribbled & posted by David Warren Fisher at Saturday, May 31, 2008