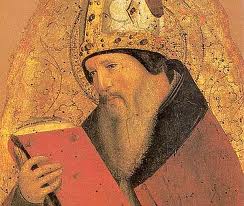 You have to read this quote slowly and thoughtfully to catch its full meaning.  Profound!  Deep!  True!
"He, through whom time was made, was made in time; and He, older by eternity that the world itself, was younger in age than many of His servants in the world; He, who made man, was made man; He was given existence by a mother whom He brought into existence; He was carried in hands which He formed; He nursed at breasts which He filled; He cried like a babe in the manger in speechless infancy - this Word without which human eloquence is speechless!"
- Augustine of Hippo
Scribbled & posted by David Warren Fisher at Friday, December 03, 2010