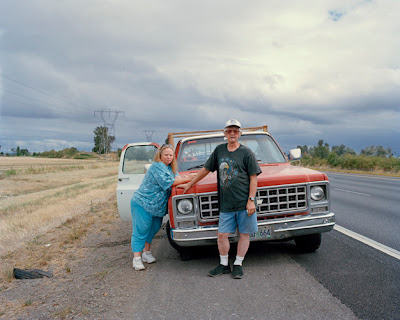 Miscellaneous Musings by a Stranded Pilgrim…

I’m sitting here in Tampa International Airport waiting for a flight back to Toronto that keeps being delayed.

Originally I was scheduled to fly to Philadelphia at 7:40 this morning, wait there for several hours and then continue on to Toronto.

The weather in Toronto is treacherous and I’ll be taking the Coach Canada shuttle back home to Cavan.

This brief escape to the South has only served to verify many of my strongly held assertions.

1. The hassles of international travel only intensify with each passing year.

2. Looking forward to being away is always more exciting than the actual reality. I begin to miss my family before I even leave home.

3. Living on the edge financially and traveling without a monetary “cushion” is nerve wracking to the extreme.

4. So-called “ministry” that I come to carry on is defined differently by everyone involved. To me it amounts to “hanging out”, waiting, hoping and trusting that “some” of what I hoped to accomplish will be realized. To others it means three meals a day with different athletes, meaningful dialogue with countless ballplayers/hockey players and glorious accounts of spiritual transformation. That just does not happen.

5. Others visualize visits to the beach, getting a tan, forgetting the daily issues that we deal with and having a “holiday”. “What is a vacation?”, I ask.

So, having said all that, the trip was meaningful for three reasons. These alone validate the time spent and the separation from family and friends.

Here are those significant achievements:

1. I was able to visit with Tom and Caren Tucker and their daughter Mollie. Tom served with me in the Baseball Chapel ministry for years and the Tucker family extended love, support and hospitality to me every spring while I “suffered for Jesus” down in Florida. Tom and Caren’s married daughter Jessica has faced many medical challenges over the past year and it was good to come along the Tuckers and be there for them.

2. My visit with David Shantz, a hockey player with the Florida Everblades, was a blessing to both of us it seems. David played Junior hockey for the Peterborough Petes for one season and we forged a strong friendship. David is a young man, separated from his parents and siblings and gets awfully lonely playing hockey in Southern Florida. It was good for us just to sit and talk at the restaurant. We arrived around noon and sat there until after 6:00 p.m. talking. What a great visit!

3. Maintaining the friendship with the Toronto Blue Jays’ field manager, John Gibbons, is very important to me. We sat in his office and chatted. We met years ago when John played in the big leagues and it was good to see John again. He encouraged me not to be a stranger at the ballpark in Toronto this season.

So, as I wrap up my scribblings I’m satisfied that I accomplished a lot during this short trip. It will be good to be home again though…in spite of the wild and wintry conditions that await me. God is good and He will accomplish that which He pleases…in and through me. That’s a difficult concept for me to grasp at times though.