From Infinite Debt to Unfathomable Wealth 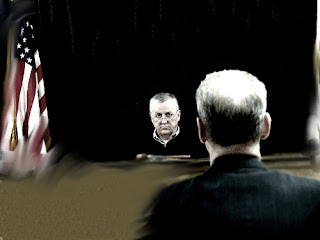 The following post appears on one of my favorite blogs today.  The Blazing Center never disappoints me.  I subscribe to this blog and I'm always challenged and convicted.
Here's today's post:

Imagine an elderly retiree of modest means getting a letter from the Internal Revenue Service reporting that he has underpaid his taxes every year since the age of 18. Thanks to interest and penalties, the unpaid taxes add up to an exorbitant debt he can never repay. Unless some miracle takes place, he’s going to jail!

The man arrives on his court date fully expecting to be found guilty and sentenced for what he owes. Suddenly there’s commotion around the judge’s bench. Something shocking is happening. The judge quiets the court to make an announcement. Someone who loves the man has paid his debt.

The judge declares him not guilty.

In his amazement, the man’s knees buckle.

But there’s something else, the judge says. The man’s benefactor also transferred $10 trillion into his bank account.

What a great illustration of our justification in Christ. Not only has God forgiven our sins, but he has credited us with the very righteousness of Christ. This means he sees us not only as if we had never sinned, but also as if we had always obeyed and lived Christ’s life of 33 years of flawless obedience.
This is our confidence to come before a holy God – when God looks at us he sees us in Christ, forgiven and clothed with the very righteousness of Christ.  God takes debtors and makes them princes.  He pays our infinite debt and crowns us with unfathomable wealth in Jesus.  Doesn’t this make you want to sing for joy?
photo by Erin Nealy
Scribbled & posted by David Warren Fisher at Monday, May 24, 2010