Who Will Go? Another Reminder... 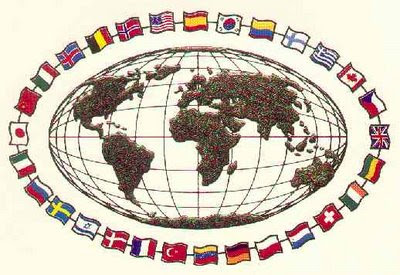 I've posted these missions quotes before...several times...but they can never be quoted too much. God is calling! Who will go?

Here they are again:

"I have seen, at different times, the smoke of a thousand villages - villages whose people are without Christ, without God, and without hope in the world." - Robert Moffat

"The command has been to "go," but we have stayed - in body, gifts, prayer and influence. He has asked us to be witnesses unto the uttermost parts of the earth…but 99% of Christians have kept puttering around in the homeland." - Robert Savage

"And people who do not know the Lord ask why in the world we waste our lives as missionaries. They forget that they too are expending their lives…and when the bubble has burst they will have nothing of eternal significance to show for the years they have wasted." - Nate Saint

"He is no fool who gives what he cannot keep to gain that which he cannot lose." - Jim Elliot

"If Jesus Christ be God and died for me, then no sacrifice can be too great for me to make for Him." - C.T. Studd

"Missions is not the ultimate goal of the church. Worship is. Missions exists because worship doesn't." - John Piper

"No reserves. No retreats. No regrets.” - William Borden