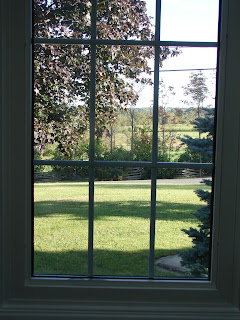 I've posted the 5th article from the Barnabas Blog on this, the 5th day of February:

Lately I’ve been marveling at the extent of God’s forgiveness. When did you last tell someone that they were partially forgiven? You forgave them for 1/3 of what they did but they will have to indefinitely carry the guilt and shame of the other 2/3? If we don’t treat others this way, how much more forgiving must our Father be!

I’ve been considering a particular phrase that the prophet Isaiah penned so long ago. He urged the wicked sinner to forsake his waywardness and turn to the Lord. The wording used in the King James Version is “abundantly pardon”. That’s God’s response to our confession and repentance! There’s no stinted measure of forgiveness there! It’s full and complete pardon!

Horatio G. Spafford, after losing his daughters at sea, wrote the lyrics to one of the most beloved hymns of all time, It Is Well With My Soul. Revel with me as you read (and sing along perhaps) the third stanza: “My sin – O, the bliss of this glorious tho’t- My sin – not in part, but the whole, Is nailed to the cross, and I bear it no more, Praise the Lord, praise the Lord, O my soul!” Half-forgiven? NO! They’ve been cast into the sea of God’s forgetfulness, never to be remembered against us again . . . no more. (Note the double negative).

Be encouraged today, dear friend! Rejoice in the Father’s undeserved and unreserved pardon!

“Let the wicked forsake His way, and the unrighteous man his thoughts, and let him return unto the Lord, and He will have mercy upon him; and to our God; for He will abundantly pardon.” – Isaiah 55:7 (KJV)
Scribbled & posted by David Warren Fisher at Sunday, February 05, 2012