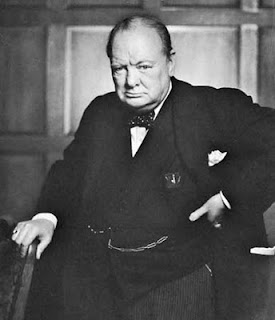 What did Sir Winston Churchill and David Fisher have in common along with hundreds of thousands of others?  They/we all had to deal with our "black dog" of depression.

It was said of Churchill:

"Had he been a stable and equable man, he could never have inspired the nation. In 1940, when all the odds were against Britain, a leader of sober judgment might well have concluded that we were finished."


"I don't like standing near the edge of a platform when an express train is passing through. I like to stand right back and if possible get a pillar between me and the train. I don't like to stand by the side of a ship and look down into the water. A second's action would end everything. A few drops of desperation." - Winston Churchill (1874-1965)
Churchill made frequent references to his depression, which he called his "black dog".

Many believe Sir Winston coined the expression "black dog" himself, but this expression is actually much older. Click here to read brief history of this metaphor for depression from Paul Foley through the Black Dog Institute. 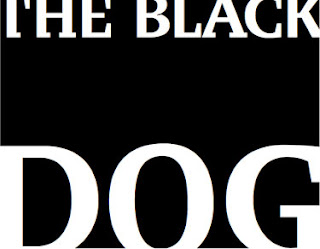 Churchill's depressive periods tended to be intense and prolonged. Sometimes they were connected with traumatic external events such as his dismissal from the Admiralty after the Dardanelles disaster in WWI. Other times they could not be atrributed to such outside causes, fitting the classic profle of serious unipolar or bipolar depression. His depressions came and went throughout his long and remarkable life, and commenced in his youth.
Churchill seemed to be aware that his depression was a medical condition. In 1911 a friend of Churchill's claimed to have been cured of depression by a doctor. Churchill wrote about this with some excitement in a letter to his wife, Clementine:

"I think this man might be useful to me - if my black dog returns. He seems quite away from me now - it is such a relief. All the colours come back into the picture."

However, Churchill was writing at a time before the development of effective medication, when the main medical approach to mood disorders was psychoanalytic. Churchill's doctor, Lord Moran, wrote a memoir about his famous patient, emphasizing the black dog - it describes plenty of symptoms but no treatment. (Although when Churchill was almost 80, Dr Moran did prescribe some speed to give Sir Winston enough of a boost to make a final speech in Parliament.)

David's comment...Praise God for the tools He has given us to fight off our black dogs.  We may be dogged on every side but we have His amazing grace and His unlimited power to equip us. Oh that I might remember that when he comes barking every day!

Note: Thanks to my friend Mary Elliott for inspiring me to look into the "black dog" of Sir Winston Churchill.
Scribbled & posted by David Warren Fisher at Wednesday, August 04, 2010