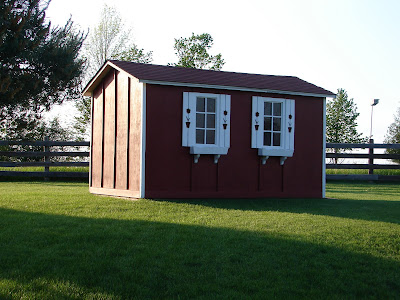 “Well we're movin’ on up, to the east side.” Viewers of the television series The Jeffersons heard these lyrics each week as the popular show was introduced.

Like the Jeffersons, we’re movin’ on up to the east side. June is moving month and we’re bidding farewell to the beautiful Millbrook/Cavan area and re-locating to the east side of Peterborough.

Moving month? Seems like we’ve been packing for six months or more. Our house sold last December and the search for another home began in earnest. By the end of February or early March the offer on our “new to us” home was accepted and we began packing. Every room is piled high with boxes. In decorating terms, the “look” is transitional.

After garage sales on three consecutive Saturdays and donations of toys and clothing to numerous charities we’re still buried in “stuff”. My library of 4,000 volumes has almost been cut in half and we don’t know where we’re going to put the ones I’ve kept.

We recently emptied the two storage units we had rented. My friend and I loaded up the rental truck twice and deposited the contents in mom’s garage. After an evening of sluggin’ we were so stiff we could hardly move.

Moving! It ranks right up there with root canals and cold brussel spouts. Not a fun experience, especially for two pack rats. Fourteen years ago when we moved to Cavan from Toronto we thought we’d never relocate again. But here we go. At least we’ve had six months to prepare for it…or dread it.

One day we will make our final move. For those who have made preparations for the final journey they’ll be moving on up again. This time it will be like the lyrics of an old gospel song. “Movin’, movin’, movin’ up to Gloryland.”

For the redeemed child of God heaven will be our destination. How do we prepare? Not by packing boxes but by entrusting our lives to a faithful God who has given us eternal life through His Son. Another gospel song states, “My bags are all packed and I’m ready to go!”

How about you? Are you ready?

Note: No, that's not our new home. It's the tool shed in the back yard. Pretty nice though.