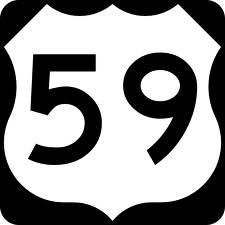 After the last post, Old Guys, I thought I better leave you with some scribblings that are more "spiritual", more edifying than entertaining.
Here goes:
Yesterday I celebrated by 59th "spiritual" birthday.  What do I mean?  I'm one of those Christians who remembers the year, month, day, hour and circumstances surrounding my conversion.  The wording used to define what happened is a matter of semantics.  You could call it any number of things including:
Others who grew up in other traditions would call "it" something else or not even place value on what I'm referring to.
Many Christians can't pinpoint a time or place when these events transpired.  Contrary to what some people believe, this does NOT make one any less of a Christian and it shouldn't cast doubt on the reality of what happened.

Anyway, enough of that.  What happened April 6th, 1952 at 7:30 on a Sunday morning at the kitchen table at 28 Glenavy Avenue in Toronto was "real" and I'll be eternally grateful to God that it was His doing and not mine.
So that was 59 years ago.  How did I celebrate?  By spending 59 minutes back in Toronto.
Carol and I are providing an autographed Jose Bautista jersey (he's the Toronto Blue Jay who hit 54 home runs last year) to three different charities for upcoming auctions.  I had to pick up the jerseys at the Rogers Centre.  With the price of gas hitting $1.25 or more for a litre it was much cheaper to take the Go Bus and the Go Train.  With my Senior's discount I only had to fork out $16.50 for the return trip.  It would have cost me more than that just to park the car in downtown Toronto.
I jumped off the train (after it stopped) and quickly walked to the ballpark.  Good exercise!  After picking up my bag of goodies I headed back to Union Station in time to catch the 4:25 train back to Oshawa.  Really!  It was about 59 minutes spent in the "big city" where my Christian pilgrimage began 59 years earlier.
So what are my reflections as I look back?
I have many, many things to thank God for.  He has blessed me far above and beyond what I deserved.  That's grace!  He didn't give me what I should have received.  That's mercy!
Times haven't always been easy but God never said they would be.  At times I couldn't see the Light (Jesus) but He was there.  I've stumbled and fallen so many time but He graciously extended His loving hand and lifted me up.
Fifty nine years or fifty nine minutes, He's never forsaken this struggling pilgrim.
The truth of the Bible verse that my Grandma Fisher taught me has given me strength throughout the journey.
"The Lord is good, a strong hold in the day of trouble; and He knoweth them that trust in Him." - Nahum 1:7 (KJV) or as a more modern rendition puts it..."God is good, a hiding place in tough times.  He recognizes and welcomes anyone looking for help." (The Message)
Scribbled & posted by David Warren Fisher at Thursday, April 07, 2011