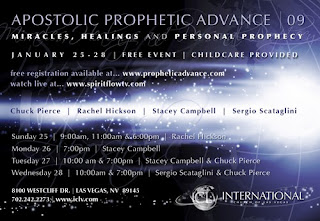 I've contemplated posting these thoughts for several years but backed off in case I offended some of my fellow pilgrims.
Have you ever noticed that some segments of evangelical (???) Christianity speak a totally different lingo?  When perusing their web sites, looking through their magazines and even conversing with some of them I wonder if I'm the weirdo or are they from another planet.
Now don't write me off as some fundamentalist, narrow-minded cessationalist who condemns every charismatic to hell?  Honestly...some of my closest friends have their credentials with Pentecostal denominations.  I have no issue with classic Pentecostalism...well almost none!


But when you read the bios of some of these other "whatevers"....you might find something like this:
Apostle Frederick J. Franco moves in the prophetic, specializing in interpretation of astroprojectional intergalactic visitations.  He has seen millions of troubled Christians healed from cancer, indigestion, boils and interceptional postulations.  Franco's converts fall sideways instead of backwards when stricken by the Holy Ghost...based on the scriptural admonition to walk beside your fellow believers.
Frederick has trained under the tutelage of His Royal Highness Apostle A. P. L. Spencer and has walked on water hundreds of times.
Prior to launching out in his itinerant ministry Franco was the lead Apostle at the Holiness High Church of the Fire-Baptized, Footwashing, International Prophetic, Visionary, Missionary Fellowship of the Eastern Conference.
What language are they speaking?  Have I missed out on something all these 65 years of my pilgrimage?  Am I a 2nd class believer because I haven't raised anybody from the dead?
Just wondering...
Comments will be graciously entertained.
Scribbled & posted by David Warren Fisher at Tuesday, March 15, 2011