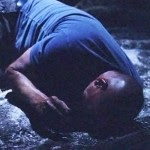 I’m sure, if you’re like me, you have received a visit, a phone call, an e-mail, a letter, a pat on the back, a sermon or some unexpected blessing that you felt was earmarked “JUST FOR YOU” by God.
Today I received the following article from Life Action Ministries that really ministered to me.  It was meant “just for me”…and maybe for you too.
I’ve been there!  I’ve felt like a failure.  I’ve fallen.  I’ve felt worthless.  I’ve felt like there’s no hope. But there is!
Please read this article and rejoice that in the midst or your despair…He is there:
"Simon, Simon, behold, Satan demanded to have you, that he might sift you like wheat, but I have prayed for you that your faith may not fail. And when you have turned again, strengthen your brothers." Peter said to him, "Lord, I am ready to go with you both to prison and to death." Jesus said, "I tell you, Peter, the rooster will not crow this day, until you deny three times that you know me."
(Luke 22:31-34 (ESV)
Everyone deals with failure. Most men, I have discovered, feel like a failure in most things nearly all the time. If we're humble and honest, we know that we don't measure up to all we could be. And it haunts us, particularly in times of deep trouble and stress.
Falling Isn't Failing
Years ago, during a dark, dark time in our extended family, I was deeply struggling with trusting God. It seemed like my world had collapsed—everything I had held so confidently was suddenly in question. I had doubts and questions I had never experienced before.
The worst part of it all was that I felt I was failing God. I could not seem to "work up" faith and joy in the moment.
One day I came upon this passage, and the precious Spirit began to minister to my heart. I realized that Jesus had prayed that Peter's faith would NOT fail ... and Jesus always prayed perfectly, and God's will was accomplished. Therefore, Peter's faith must not have failed, even though he denied Christ.
What is this passage saying? Here is my paraphrase of what I believe Jesus was saying:
"Peter, you are about to go through a time when all you have hoped and dreamed and given your life for is nailed to a cross. It is going to devastate you. It will be a 'sifting' by the enemy of your beliefs, so much that you will even come to deny Me for a moment. But, Peter, I understand this. I know what you're going through, and I'm going to do something for you: I AM GOING TO INTERCEDE FOR YOU that your faith would NOT fail. I know My prayer will be answered, so in advance I want to give you instructions for what to do after this grueling experience is over: When you've come through on the other side, strengthen your brothers!"
A few days later we see Peter, sifted by the toughest experience of his life, at the empty tomb. His faith was scratching and clawing and "hoping against hope," but he was there, believing. And not long after that, he stood up and preached, and 3000 people were saved.
Surviving Satan's Sifter
Sifting is hard. It may take us down to the "slough of despond" in our lives for a season. But there will come a moment of grace when the wind of God's Spirit blows gently across the meager sparks of our faith, and it ignites and blazes again.
Sifting is beneficial. It helps us understand others' doubts and fears and struggles. It develops a mature, seasoned faith. It reminds us of God's incredible, personal care of us. It ultimately endears us to Him. It prepares us to be warriors who can face and deal with anything. It toughens us spiritually.
One of my best friends came home one day to find his 14-year-old son murdered in his home. There could be no worse disaster. He was devastated, left scrambling and struggling in his faith.
But I will never forget what he said to me. "Bill, I have been all the way to the bottom, and it's rock solid!" He has stood for years after this tragic experience and proclaimed the goodness of God even in the midst of a sin-wrecked world ... and his life has strengthened thousands.
If you're in the midst of Satan's sifting, be encouraged. Your Elder Brother is at the right hand of the Father. He is praying for you—your faith will not fail. And afterward you will strengthen many!
Scribbled & posted by David Warren Fisher at Friday, January 07, 2011