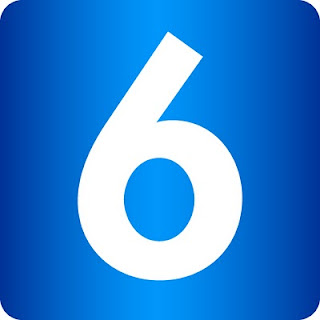 We're getting close to the 6th Anniversary of the launch of Pilgrim Scribblings.  The actual start date was November 27th, 2004.  Wow!  That's a long time ago and yet it seems like yesterday.  1966 posts later we are here...November 21st, 2010.  I had hoped that my 2,000th post would be written on our anniversary but several severe cases of writer's block prevented that from happening.  I still have almost a week to write 34 posts.  It's NOT going to happen.

Anyhow, my first post was entitled "Noisy Restaurants/Where Would Jesus Sit?"  I'm re-posting it here today.  I hope you are challenged.


Recently I stopped at a favourite restaurant of mine, hoping to enjoy a quiet, relaxing lunch in the middle of a busy, hectic day of “ministry”. The hostess seated me in a back room away from the buffet area where people were helping themselves.
A few moments later a group of mentally challenged adults, with their caregivers, were seated at a long table next to me. My solitude was short-lived! These people were grunting and groaning, shouting and calling out. Two other families asked if they could be seated in another area of the restaurant when they saw these people arrive. In the midst of the noise, God’s Holy Spirit spoke (or shouted) to my heart. I immediately thought WWJS …”where would Jesus sit?” if He were here. Of course He would be found at the center of that table, showering His love, care and compassion on these dear, precious people. If that’s where Jesus would sit, then I wanted to follow “in His steps” and look upon this intrusion on my “quiet time” as an opportunity to watch God at work.
The caregivers lovingly attended to their clients, helping them with their food and patiently expressing God’s love in a tangible way. The outbursts of these people, created in the image of God, became like a symphony, a choir, to my ears.
I was so intrigued by watching this transpire before my eyes that I lingered at my seat long after I’d finished my meal. As I was leaving, one of these dear people choked on her food and her caregiver handled the situation so well. Tears came to my eyes and I thanked God for my “quiet lunch”.
Oh that we might see people as our loving, compassionate Father sees them! Oh that our hearts might be broken by the things that break His heart! God had noisily got my attention that day!
Let’s look for opportunities today to witness God’s loving care for His people. Let’s ask how we can be His arms extended to His people today, ministering His love, mercy and grace to those who so desperately need His touch!
For more information on the organization that these wonderful people are involved with, please check out their web site at http://www.christian-horizons.org/
Scribbled & posted by David Warren Fisher at Sunday, November 21, 2010